The Carbon Landscape story is a complex and extensive one. This ancient landscape has been shaped by water, ice and people for not just thousands of years but millions. The key unifying, special and distinctive feature of our Wigan, Salford and Warrington landscape is that it is based on carbon. Carbon is contained in the area’s mosslands and woodlands and in its compressed dead plant life (coal and peat). 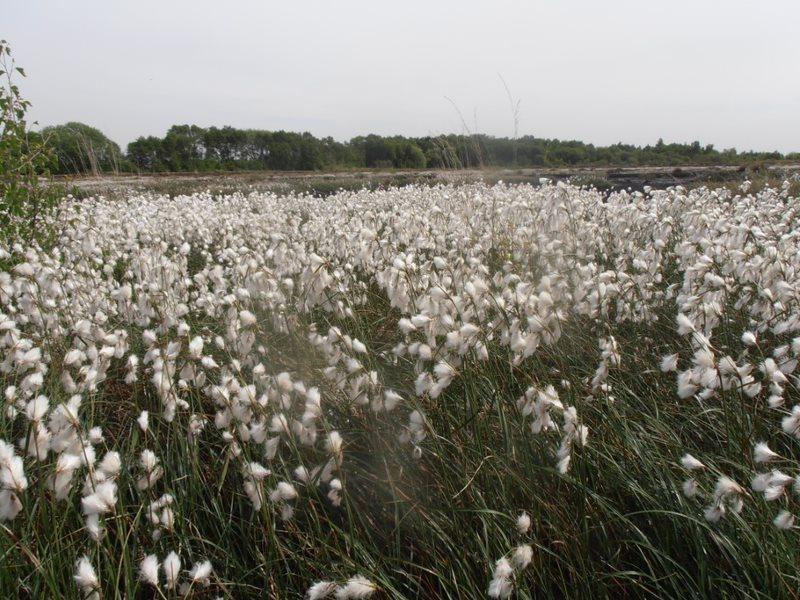 Carbon is a crucial element for all life on earth. It is found in plants, animals, the ocean, the atmosphere and us. The element has the ability to move in ‘carbon cycles’, and over time, will find itself in many different forms as it is redistributed via carbon dioxide sources and sinks. For this, there is a natural equilibrium between all organic and inorganic forms of the element.

So what happens when that equilibrium is tampered with? Well, Carbon dioxide has a crucial part to play in the overall greenhouse effect, although, it isn’t the only contributor, methane, water vapour, nitrous oxides and the ozone all have a part to play. These gases absorb infrared radiation as ‘heat’ and circulate it across the earth. So, without them, we would be a rather cold, inhabitable little rock. But, too much? And we have another problem entirely.

In history, the climate has changed multiples of times due to natural Earth processes such as atmosphere and ocean interactions, volcanic activity and changing concentrations of greenhouse gases. However, we now have the inclusion of human activities to add to the list, such as industrialisation, agricultural practices, increased generation of greenhouse gases from fossil fuel combustion, peat burning, deforestation.

There is more to the story of Carbon, however. The element stretches across Billions of Years extending throughout the whole history of our little blue marble, earth. It is the base of all lifeforms that we know of today.

It is the reason we call ourselves the Carbon Landscape.

4.54 billion years ago, roughly a third into the current lifecycle of our infinite universe, Earth was formed out of the gravitational forces of rocks and matter. The atmosphere was hydrogen and helium rich, before volcanic eruptions, and volatile gases released from the planet created an environment rich in greenhouse gases. So, the earth was hot, and very low in oxygen. But, even in these trying times, life found a way. Bacteria began to evolve and life developed, adding oxygen into the atmosphere 400 million years ago.

As the oxygen levels continued to improve, to a level much higher to what we deem normal for today, carbon dioxide was drastically removed from the atmosphere as vast forests covered the earth, acting as a giant carbon sink for large quantities of carbon dioxide. This cooled the planet leading to a surplus of oxygen. Then, 125 million years ago the Carboniferous period came to be, with high oxygen levels, leading to giant invertebrates like dragonflies. Fossil records have shown some individuals having up to 75cm long wingspans! Peat was continuously forming from decaying flora, and in the dark swamps lived giant amphibians, 2m long swamp monsters that made natural predators for the ancient ancestors of our dragonflies and damselflies that we see today.

As ancient trees came and went, the wood would decay into peat, and over millions of years, extensive heat and pressures of deep burial, carbon became coal. During this time, another contributor to the ever changing carbon story occurred - the evolution of white rot fungi. The fungus became widespread across the globe, eating away at the organic polymers and structural tissues within the bark and wood, releasing the carbon stored in them back into the atmosphere, contributing to the next increase in global temperatures.

As life evolved, giant lizards, the ancient ancestors of our modern day birds and reptiles ruled the earth. They reigned between 245 – 66 million years ago. During this time, the planet was at its absolute hottest in regards to containing carbon complex life forms. One warm age, known as the Paleocene-Eocene Thermal Maximum, occurred about 56 million years ago and followed the end of the Mesozoic Era - age of dinosaurs. It is very possible, that the poles during this time were free of ice caps, and palm trees and crocodiles lived above the Arctic Circle. The transition between the two epochs around 56 million years ago was marked by a rapid spike in global temperature by the contribution of large quantities of carbon dioxide. It is still uncertain where all the carbon dioxide came from and how it happened over what period of time. It is possible that the drying up of large inland seas, increasing volcanic activity, and thawing permafrost, methane from ocean sediments, wildfires, and even a comet may have contributed.

However, this didn’t last long, and as flora flourished, the planetary carbon sink it provided from the numerous forests, swamps and oceans alike, caused the planet to plummet into one of its many ice ages 115,000 years ago.

Humanity has been around much longer than you may realise with our linage stretching back over 7 million years. Our history began in Africa, with the first gorillas evolving and the chimp/human lineage diverging at around this point. The first human ancestors to walk upright on 2 legs were called Australopithecines and lived 4 million years ago in the open Savannah. There have been others along the evolutionary path, branching off as we descend through the timeline. The woodland dwelling Paranthropus (2.7 mya), the stone tool wielding Homo habilis (2.5 mya), the first hunter-gatherer Homo erectus (1.5 mya) and so on. It is when we get to 350,000 years ago, we truly see our ancestors change. It is here, that we find our modern humans have evolved, and 200,000 years ago- Homo sapiens as we began our journey away from Africa and across the other continents.

It is at this point our culture develops drastically, we began to bury our dead, create clothes, and create complex hunting techniques for the ever growing populations. And, 10,000 years ago, agriculture developed. Buried within the layers of peat we can identify corn, wheat and barley from ancient agricultural pioneers as they began to influence the landscape around them to make way for farming and room for non-emigrational groups, with first villages and animal domestication being identified back to this very point! Then, 5000 years ago, in china, the burning of coal began, marking the beginning of our part in the carbon story.

In the year 1760, coal began to power the Industrial Revolution. This was a huge leap for Human development as we transitioned to new manufacturing processes across Europe and the United States, spewing out huge quantities of carbon dioxide into the atmosphere for the likes that have never been seen before through our planets history. This, has disrupted the natural carbon cycle and its equilibrium, causing climate change to begin again at an unprecedented rate. The use of fossil fuels, increasing agricultural needs, deforestation, urbanisation and our ever increasing population are contributing to the increase in carbon dioxide in the atmosphere. We need to make changes now to ensure we combat the climate emergency we face

What we do now, will impact the future of generations, human and wildlife alike.

What About Our Wildlife?

Nestled between the two city regions of Manchester and Liverpool, the Great Manchester Wetlands area is virtually the only significant gap in the Merseyside to Manchester urban belt.

As global temperatures rise, there is a corresponding northward movement of species seeking to find conditions that are most suitable for them. There is a very real concern that this passage to the north will be blocked to many species. This 107 sq km area provides the potential for a vital wildlife corridor. This project has identified key pinch points, and the conservation programme includes work to protect and improve these areas, making them more resilient to the impact of climate change.